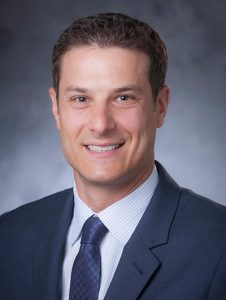 The Wylie J. Dodds Research Award honors the work of gastroenterologist Wylie J. Dodds, MD by awarding one $15,000 grant for promising projects in the field of gastrointestinal radiology. All applications for the Wyle J. Dodd Award will also be considered for the Howard S. Stern Research Award.

Wylie J. (“Jerry”) was a legend in gastrointestinal imaging.  After training under Dr. Alex Magulis at the University of California San Francisco, he joined the faculty of the Medical College of Wisconsin, where his research focus was on esophageal dysmotility.  His team was the first to combine manometrically measured contractility with visual dynamics.  Dr. Dodds published over 350 manuscripts with an H-index of 70, and his most impactful article was “Mechanisms of Gastro-Esophageal Reflux in Patients with Reflux Esophagitis,” which published in the New England Journal of Medicine.  His major achievement was his investment in the numerous trainees he mentored at the Medical College of Wisconsin over the many decades we worked there. He received the Walter Cannon Award from the Society of Gastrointestinal Radiologist.  Dr. Dodds passed away from a brain tumor in 1992 at age 58.  The Dodds Award was first awarded by SAR in 1999, although was preceded between 1996 and 1998 by the Society of Gastrointestinal Radiologists.

Past recipients of the Wylie J. Dodd Research Award